Early on, I learned that nature has many solutions to insect problems. My father, an entomologist, and grandfather, a horticulturalist, used chemicals only when all else failed—a philosophy that flew in the face of America’s love affair with pesticides in the 1960s. Today we call this approach to gardening Integrated Pest Management (IPM).

Integrated Pest Management
According to Craig Mauney, Extension Specialist, IPM involves looking for long term solutions, not short-term fixes. “This requires us to be highly engaged gardeners,” Mauney says. “By that I mean we prevent problems by properly planting the right plants. We look for evidence of insect damage as plants grow and observe patterns of plant decline. When there are problems, we use mechanical, cultural, and biological tools first. Chemicals are a last resort.”

Biological Management
North Carolina State University’s (NCSU) Extension Gardener Handbook defines biological management as “the process of reducing a pest population by using predators, parasitoids (often called parasites), or disease organisms that ordinarily occur in nature.” Why? Because in the great web of life, plant-feeding insects are food for other insects.

Ladybird or Ladybug Beetle
According to the University of Florida’s Entomology Department, the name of these familiar red and black insects “has been used in England for more than 600 years…The lady for whom they were named was the Virgin Mary, and common names in other European languages have the same association (the German name Marienkafer translates to Marybeetle or ladybeetle).” How can the ladybird better help your garden? Some of the pests they help control include aphids, scales, whiteflies, and mites.

Lacewings
Lacewings are distinguished by roof-like, transparent wings that are held over the insect’s body. Known as “aphid lions,” the larvae of the lacewing emerge hungry and voraciously feed on aphids and other soft-bodied insects, such as mealybugs, scales, thrips, whiteflies, spider mites, leafhopper nymphs, and caterpillar eggs. According to Michigan State University, “natural control of aphids is possible when there is one (lacewing) larva per 70 aphids.” Not bad for an insect that grows to just a half-inch long! These beneficial insects are particularly sensitive to pesticides, however!

Wheel Bugs or Assassin Bugs
We know them as those sinister-looking, long-snouted, brown insects that appear in great numbers each spring, often in places where we don’t want them, like our homes and cars. One place we do want them is in the garden. These predators prefer dining on soft-bodied insects such as caterpillars, moths, aphids, and small beetles. Wheel bugs are not aggressive, but they can give you a painful bite if handled improperly. If you have to pick one up, use a paper towel to gently remove it to the great outdoors where it can protect your garden.

Hoverflies or Syrphid flies
They look like wasps but they’re really flies. The name—hover fly—comes from the way they hang in the air during flight. In their adult form, they are pollinators. In their larval form, they are predators. The larvae are often found among aphid colonies, one of their favorite foods. These doubly beneficial insects are sensitive to several broad-spectrum pesticides, especially organophosphates (OP) such as parathion and malathion.

Promoting Beneficial Insects
Want to attract beneficial insects? An important key is to plant so that there are blooms year-round in the garden. Opt for native plants that flower and include both flowering annuals and perennials to feed beneficial insects. 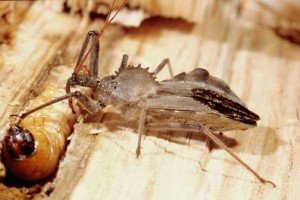 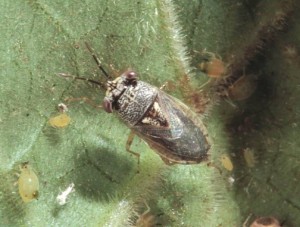 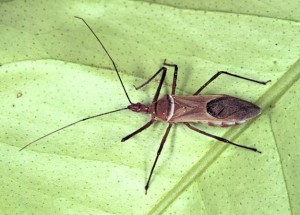 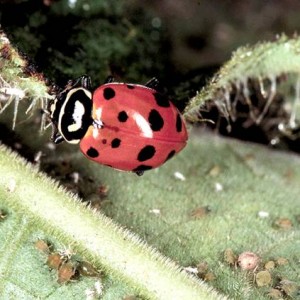 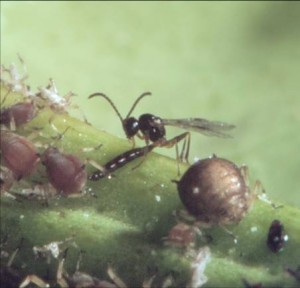 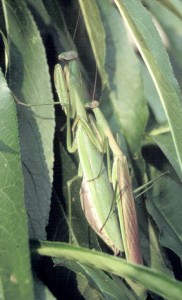 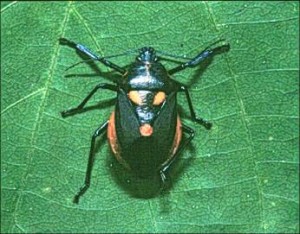 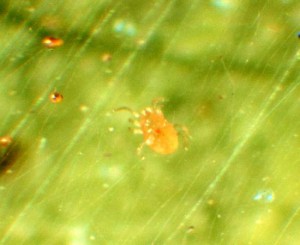 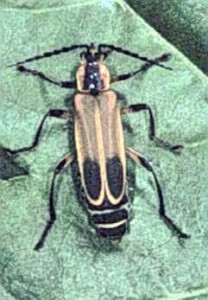 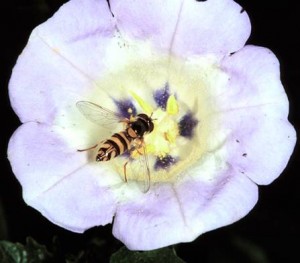 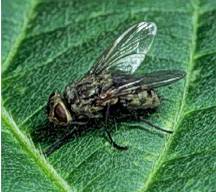 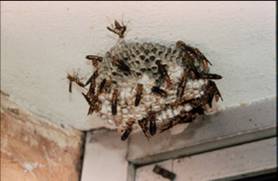