To me one of the important rewards of gardening has been gaining an appreciation for nature’s ingenuity, an understanding of the mechanisms that plants have adopted to carry them through their life cycles.

For example, take peas. The vine needs to fasten itself to the trellis for support as it climbs. But did you ever wonder how tendrils find the trellis? And what makes them twirl around? Or why do they climb in the first place?

Thigmotropism is growth in response to touch or contact. As the pea climbs, its tip spirals around and then when it contacts something that might serve as a support thigmotropism – a sense of touch – takes over and one-sided growth shifts to make the tendril wrap about that support.

Positive or negative geotropisms cause parts of plants to grow against or toward gravity, away from or toward the earth. Negative geotropism causes White Pines to grow straight up, away from gravity while Sourwoods stick with positive phototropism and wander back and forth seeking the sunlight as the canopy above them changes. That’s why pioneers used naturally bent Sourwood logs as sledge runners.

And then there’s sex. Not an “ism” but something a gardener needs to understand. How do plants reproduce? We cut and plant pieces of a potato – actually they’re pieces of the root – to grow a new plant and more potatoes. But that’s not nature’s way. Given the right conditions – long days and cool nights – potatoes, members of the same genus as tomatoes, will produce small flowers which develop into small green “berries”.

Inside those berries will develop seeds which is the natural way for potatoes to reproduce. Due to our unusual 2015 weather pattern we’re seeing some of these potato berries in our gardens right now. But heads up! Those berries contain a toxin and are not edible! 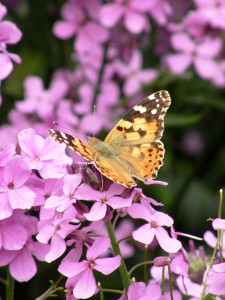 By April we are really ready to start getting in the garden. Nurseries will soon be well stocked and ready for your business. While plants do sell best when they’re in bloom, when it comes to annual flowers it’s better to look for those that are compact and have only a few, if any, flowers on them. Let the tall, lanky ones with lots of flowers go. For the best selection you might consider buying early and holding the plants for a few weeks. If needed move them to larger pots and move tender plants inside only if a freeze threatens.

Does anyone in the neighborhood have an old-time lawn roller? With all the mole depredation of our lawns, a light pass with a roller before you mow might save some of the higher mole tunnels from being scalped. Some riding mowers have a roller attachment that could do the same thing.

Most woody weeds are better controlled with late summer or fall applications of glyphosate (Roundup). However, research has shown that for English ivy a spring application when the ivy has 2 to 4 new leaves provides better long term control than summer or fall treatments.

Refresh mulches to prevent summer annual weeds from germinating. But, not too much!  Woody landscape beds should have no more than 4 inches of mulch, including the old and the new. So, when you add new mulch to existing beds, only replenish what has been lost since last year. And don’t pile much against the trunks as the retained moisture can cause crown rot . You want to be able to see the root flare, the point near ground level where the trucks curves outward. 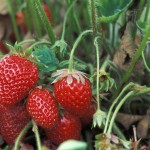 Strawberries can be planted now for next year’s crop but remove any flowers that develop. Check the established bed for weeds and add mulch if needed. If you haven’t finished pruning in the home orchard, better to do it now than let a whole year go by.

This was written by Extension Master Gardener Glenn Palmer in 2008 and originally published in the Asheville Citizen Times. 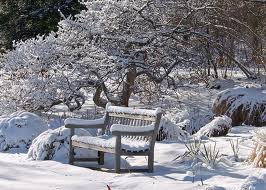 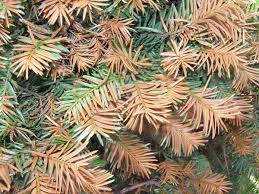 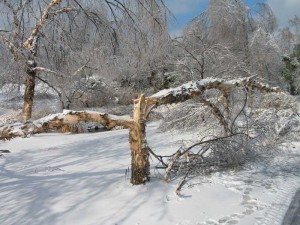